We respect your inbox. We only send interesting and relevant emails.

This year's game will mark the 20th time for the 49ers to play in the coveted Super Bowl, making them one of the most successful teams in NFL history. If they take the game and beat the Chiefs on Sunday, this will be their 6th Super Bowl Championship.

On the other side of the field, it's as if we have the complete opposite story. Surprisingly it has been 50 years since the Chiefs reigned as Super Bowl champs, ranking them behind only the Detroit Lions and the New York Jets for the longest Super Bowl drought in the NFL. That 1970 game was Super Bowl IV; the Chiefs won the game at 23 - 7 over the Minnesota Vikings. Needless to say, there are many die-hard Chiefs fans saying their prayers and holding on to those pre-game rituals, in hopes that this will be the year that the Kansas City Chiefs can finally claim their title, and be named Super Bowl LIV Champions. Myself included.

So who do you think will take the win in Sunday's big game?

While we wait in suspense for the game of the year, I thought it might be fun to take a peek at the homes of two of today's most talked-about players in NFL football, the quarterbacks of both teams. So I searched the web to find what I could about both KC Chiefs fan favorite, Patrick Mahomes and San Fran 49er QB, Jimmy Garoppolo. Here’s what I found:

Patrick Mahomes fairly recently purchased his Kansas City home in 2018, where he and his wife had some custom renovations done shortly after the purchase. Among these renovations was an exclusive shoe room that showcases Mahomes’ 180 pair shoe collection. Mahomes obviously has a love for shoes and a collection larger than probably most women. Watch this video I found, highlighting his coveted shoe room: 👉 https://www.youtube.com/watch?v=v8akMdYecv4#action=share

According to bizjournals.com, the Chiefs quarterback purchased the home at $1.925 million and is located near the affluent Mission Hills Country Club. Initially listed for $1.999 million, the 3,759-square-foot house built in 1953, includes three bedrooms, three bathrooms, a home gym, a pool, and chef’s kitchen. 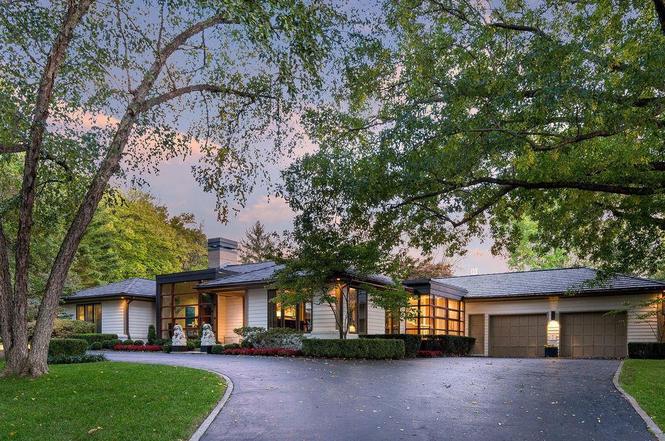 Much to my surprise, I could not find a shred of proof that QB Jimmy Garoppolo even has a home. I'm fairly certain he does, however, after several hours of searching I sat at my computer very surprised. I had nothing on Garoppolo's digs. Does Jimmy Garoppolo live in a cardboard box? His car or something? What is going on? I thought to myself. There are zero reports of any kind as to where Garoppolo is living today.  I found one article that reported the same conclusion I had come to as well, Garoppolo must be a master at hiding the location of his home! The one thing I did find was a video from 2015 when his parents allowed cameras into his family home in Arlington Heights, IL. You can watch that video by clicking this link 👉 https://www.youtube.com/watch?v=4PNsp68CRwg&feature=emb_err_watch_on_yt.

At the end of the day, I discovered that Garoppolo is the master of celebrity privacy and a genius at hiding his location, and Mahomes has a massive obsession with shoes. The latter being a fact that will forever make me chuckle when I think about it.

The mystery whereabouts of Garoppolo's home will, for now, remain unsolved. However, the mystery of who will be our champions this year is one we can look forward to solving very soon. I for one, cannot wait! Will it be the ever-popular, multi-time champion team, the San Fran 49ers? Or will this be the year that we celebrate a win for the Kansas City Chiefs? We shall see. Have a fun and safe day as you enjoy the game with family and friends. Go Chiefs!

The game of the season goes down on Sunday, February 2nd, at 4:30 pm MST on FOX.

Get your home's value - our custom reports include accurate and up to date information.

We respect your inbox. We only send interesting and relevant emails.

We use cookies to enhance your browsing experience and deliver our services. By continuing to visit this site, you agree to our use of cookies. More info