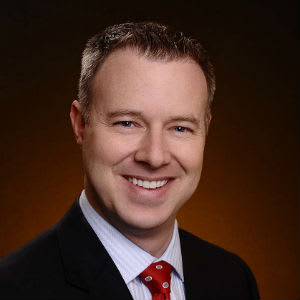 Jason Wells or jasonwellsesq as you'll find him across  social media, is always teaching, always learning and always looking for  fun. Most days you will find Jason training or preparing content for  agents in the industry where he is passionate about social media, video,  evolving markets, and agent development.

Video has been a  constant marketing strategy for Jason as he found early success in 2010  with the use of video to explain the complexities of short sales. More  interesting was he found people who watched his videos felt like they  already knew him when they met. This lead to what would become a full  video strategy for touching his sphere of influence, clients, recruiting  and finding new buyers and sellers.

Jason is the first to tell  you he isn't the funniest, he isn't the sexiest, he isn't the smartest,  nor is he even the best at what he does, but he loves it. He loves  connecting with buyers, sellers and agents through media, and especially  video including PressPlay Reality, a web-based reality series, and as  host of the #StopLivingOnPause PODCAST.

Licensed since 2010,  Jason's team, WELLS Realty Group (AZ and UT), ranks in the top 1% of all  real estate teams in the country and recognized by RealTrends as one of  America's Best Teams. His teams have achieved multiple years as Triple  Platinum Producers at Keller Williams. In addition to the success of his  real estate team at Keller Williams he also co-founded the PressPlay  Realty Network which became the 12th team in the country to have 5 or  more locations (AZ, CA, WA, UT and NV).

Individually, Jason has  been named to the SEVRAR 40 Under 40 list three times, was Rookie of the  Year in 2011, and routinely speaks and teaches throughout the West.

We use cookies to enhance your browsing experience and deliver our services. By continuing to visit this site, you agree to our use of cookies. More info